Is it Alzheimer’s? A new blood test may have the answers.

A simple blood test for Alzheimer’s disease (AD), long coveted by doctors and researchers, has hit the market. This represents a potentially powerful tool to not only diagnose, but also identify at-risk individuals for this devastating memory-robbing illness.

Dementia is a term used to describe a decline in cognitive function affecting a person’s ability to perform everyday tasks. AD is the most common type of dementia in older adults.

To diagnose dementia, current criteria requires presence of impairments in at least two areas, such as memory, language, and problem-solving. A battery of tests attempts to measure the extent of these deficiencies. Results from these clinical tests are then combined with radiographic findings from MRI and CT scans, which are primarily aimed at ruling out other potential causes of the exhibited symptoms. A diagnosis of dementia is then made when there’s no other explanation to account for the cognitive impairment.

Blood tests have existed for years that shed light on one’s genotype, and by extension, one’s risk of developing dementia. It’s important to note however that the predictive ability of such genotyping has been limited.

The exciting news is that this new test has better predictive value for AD than all other currently available tests. So how does it work? Decades of research has shown that a protein called amyloid-beta forms plaques in the brains of those with dementia, and these plaques are believed to interfere with the normal function of neurons, leading to cognitive decline over time. The latest test looks at the ratio between two different types of amyloid-beta protein. These isoforms, known as Aβ42 and Aβ40, are both produced by the body. In people with AD, the levels of Aβ42 tend to be higher relative to Aβ40. Their ratio can be used as an indicator of the likelihood that a person has or will develop AD in the future. It turns out this particular ratio has a higher predictive value for dementia and is one of the easiest tests to perform.

In the coming years, it’s anticipated that this test will form the backbone of AD diagnostic criteria.

Gout: Foot Pain with a Systemic Cause

Plantar Fasciitis, A Pain in the Foot 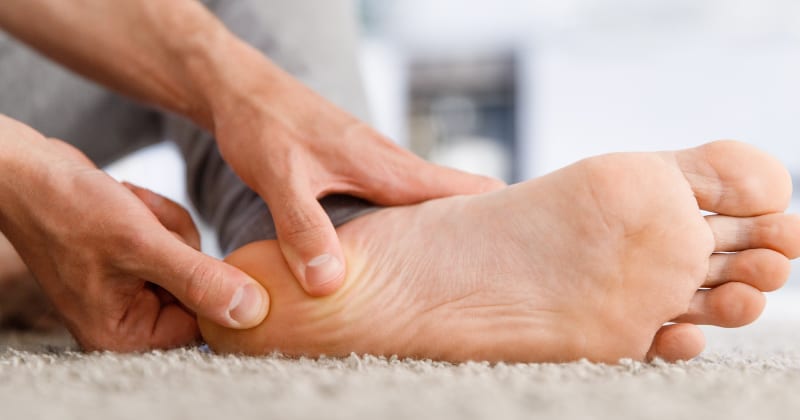